Dr. Sampadananda Mishra is working now as a Professor at the Rashtram School of Public Leadership, Rishihood University, Sonipat. He has spoken at various conferences, seminars, and literary and religious festivals, both nationally and internationally on Sanskrit, Indian culture, Yoga and Education. In addition, Dr. Mishra, as a devotee of Sri Aurobindo and the Mother, is familiar with their writings and feels comfortable in delivering lectures on Philosophy and the practice of Sri Aurobindo’s Yoga. 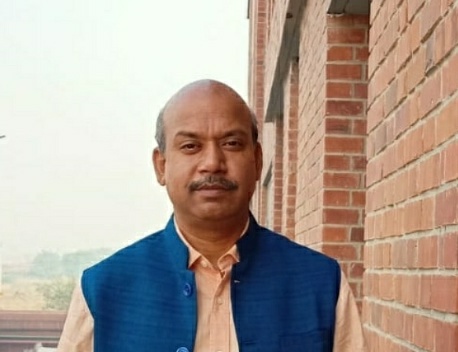 He has been to the USA several times for giving lectures, conducting workshops and participating in conferences and seminars, and was one of the keynote speakers in the Waves conference that took place in Trinidad and Tobago in the year 2010. In the year 2014, Dr. Mishra was invited to the Monash University, Melbourne for giving a talk on character development and service to humanity in a seminar on Swami Vivekananda. He is also closely associated with the members of the School of Philosophy and guides their Sanskrit teachers.

Dr. Mishra worked as the Associate Editor of the Collected Works of Vasishtha Kavyakantha Ganapati Muni published in twelve volumes. He has founded and launched the first ever 24hours Sanskrit Radio called Divyavani Sanskrit Radio and is single handedly managing the entire content since its inception in 2013. In the year 2014, Dr. Mishra founded Samskrita Balasahitya Parishad with the aim of creating, evaluating and propagating children’s literature in Sanskrit. Recently, he has launched a monthly E-magazine for children in Sanskrit called Saptavarna.

The Govt. of India has conferred the President’s award (Maharshi Badarayna Vyasa Samman 2011) on Dr. Mishra for his outstanding contribution to Sanskrit.

In the year 2014, the Ministry of Culture, Govt. of India conferred the Senior Fellowship Award on him for carrying out his research on the Vedic Art of Multiple Concentration.

In the year 2017, the Junior Chamber International (JCI) India, (JCI Pondicherry Metro) conferred the Literary Excellence Award on him for his contribution to Sanskrit language and literature.

Dr. Mishra was conferred the Kendra Sahitya Akademi Bala Puraskar for 2018 for his book Shanaih Shanaih – A book of Rhyming songs in Sanskrit for children.

He was also conferred the Pandit Deen Dayal Upadhyaya Recognition of Re-engineering India 2020 by the Re-think India Organisation. 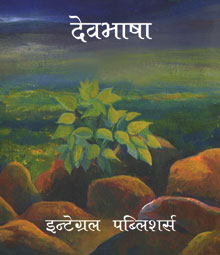